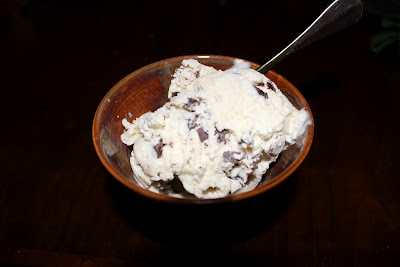 I've been on a mission to use up some of our old gift certificates.  When you've had them for almost two years, the time has come to bite the bullet and use it.  We have several to Crate and Barrel, so after two months of indecision, I decided to splurge on an ice cream maker.

The arrival of the ice cream maker coincided with the posting of this recipe for Mint Chip Frozen Yogurt from the Sprouted Kitchen Cookbook.  I'm certain I'm not the only one re-blogging this recipe either - pretty much everyone I talked to who read it planned on making it.  This is not your typical low-fat, high-sugar, frozen yogurt - it's cream and full fat Greek yogurt.  It's tangy, minty, refreshing, and all around divine.

The original recipe called for brown rice syrup as a sweetener, but I went with Mead and Mead's maple syrup instead.  I spent Friday night packing syrup for a few hours, and the frozen yogurt was a well-earned treat after. 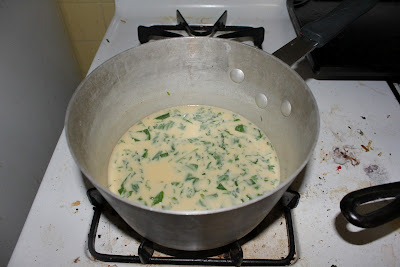 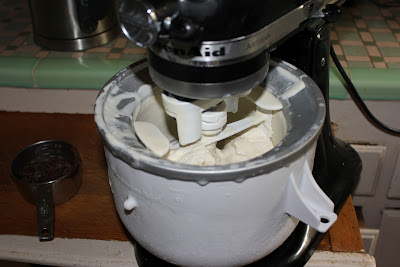 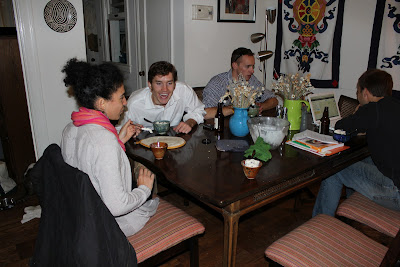