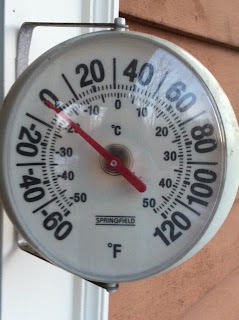 It is zero degrees out and my body screams for pasta. But I want it to be as healthy as it can be so I learned a little tip. Puree a vegetable and add it to baked pasta. In this dish I added cauliflower. It is simple and delicious. After devouring half of it, I braved the cold and headed to the Norfolk Library to watch an amazing documentary called The Wildest Dream. It is the true story of George Mallory, the man determined to be the first person to conquer the untouched summit of Mount Everest. On February 29 ( my birth day) in 1924 ( not my birth year) Mallory set off with a film crew and rustic equipment to fulfill his dream. He was last seen 800 feet below the summit  before the clouds rolled in and he disappeared into legend. His death stunned the world.
Seventy-five years later another climber Conrad Anker was on his way to the Mount Everest summit when he stumbled over Mallory's frozen body.  Eight years after this event, Conrad returns to Everest with his own film crew to try and unravel the mystery of what happened to Mallory. The old footage, the new footage, and the adventure kept me intrigued. And after seeing those climbers  struggling with thirty below temperatures, well zero seemed suddenly wimpy. Check it out.

> Steam the cauliflower, onion and garlic until tender about 10 minutes. Transfer to a blender.
> Cook the pasta according to direction.
> While pasta cooks add 1 cup milk, dry mustard, 1tsp salt, and a bit of pepper to the vegetables and       puree.
> Transfer to a 3 quart saucepan and add remaining 1 cup milk and the thyme.
> In a small bowl, mix the Cheddar and Parmesan.
> Add all but 1/2 cup to the sauce and stir until cheese melts.
> Meanwhile be watching the penne and drain when done.
> Add penne to the sauce and mix.
> Transfer pasta and sauce to an 8 inch casserole dish and sprinkle with the saved cheese. Bake at 350 for 20 to 30 minutes or until it bubbles and turns a golden brown. 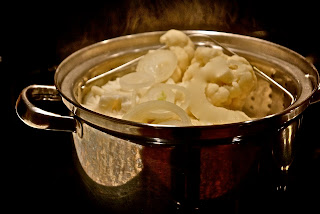 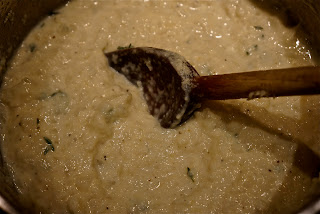 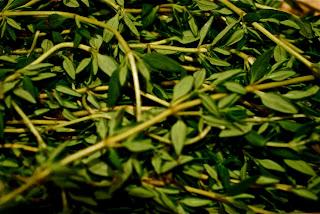 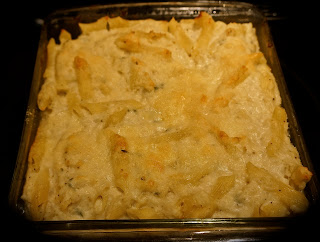