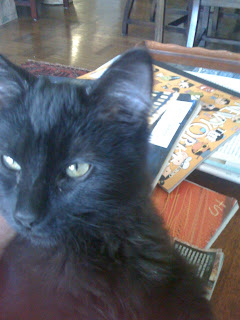 Well, we landed in New Mexico in the beginning of May and two days later, Noah, his brother, and our two cats arrived.  The cats have really been the stars of this whole adventure.  Not only did they love every moment of packing and unpacking (boxes! paper! lots of things to climb on and in!), they weathered the journey better than we could have hoped for and love having a whole house to roam and explore.  It's like they always knew they were destined for more than a two room apartment, and here is the proof.

I wrote that paragraph last Thursday, right before one of our cats, Attila, disappeared.  We are living right outside Santa Fe in an area known as Canoncito.  It's not kind to cats.  There are coyotes, bobcats, and great horned owls.  One of our neighbors has lost five over the years.   The drought in New Mexico is stressing all the animals, so they are even more desperate for food.  Attila was not an outdoor cat; and he usually didn't like to leave the porch or front walkway whenever he snuck outside.

A door was accidentally left open, and both cats wandered out.  Isis is more adventurous, and she may have led Attila a little farther than he would ordinarily go.  They weren't outside for long - maybe 20 or 30 minutes, but it was enough time for him to get lost or eaten.   (I don't know why I didn't just delete that first paragraph I wrote, except that maybe I wanted to give Attila a posthumous shot-out for being such a brave and adventurous traveler.)

At first I felt only mildly sad that Attila was missing, and thought he may come back.  As the days have gone on though, his absence has become more profoundly painful.  It's unsettling to watch his (adopted) sister walk around by herself and for one food bowl to remain untouched.  I miss seeing him sleeping on the foot of our bed at night, and his easy purr whenever I had a spare moment to hold him or pet him.  He is/was one of those pets that comes along once in a while - a truly strange and unusual creature, who liked to play fetch, loved vegetable stems, and enjoyed eating wool, Smartwool socks being his favorite.

I wanted to give him one week before we say our official good-bye to him, but he chances of him making it back now are so slim I'm already mourning him.  I do have some happier stories to tell, and good recipes to share, but another day. 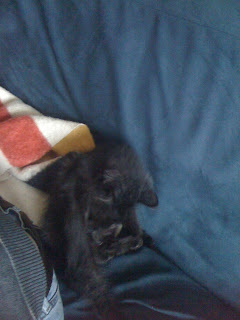 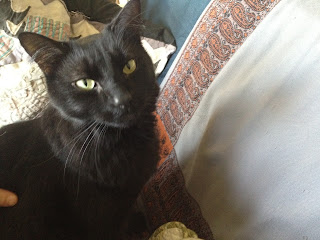 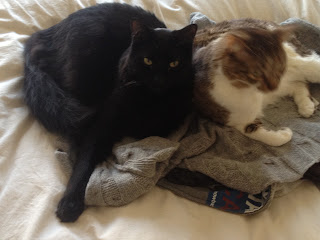 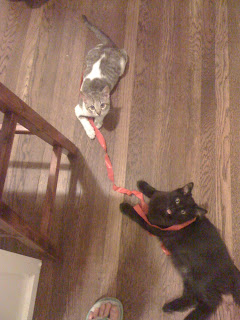