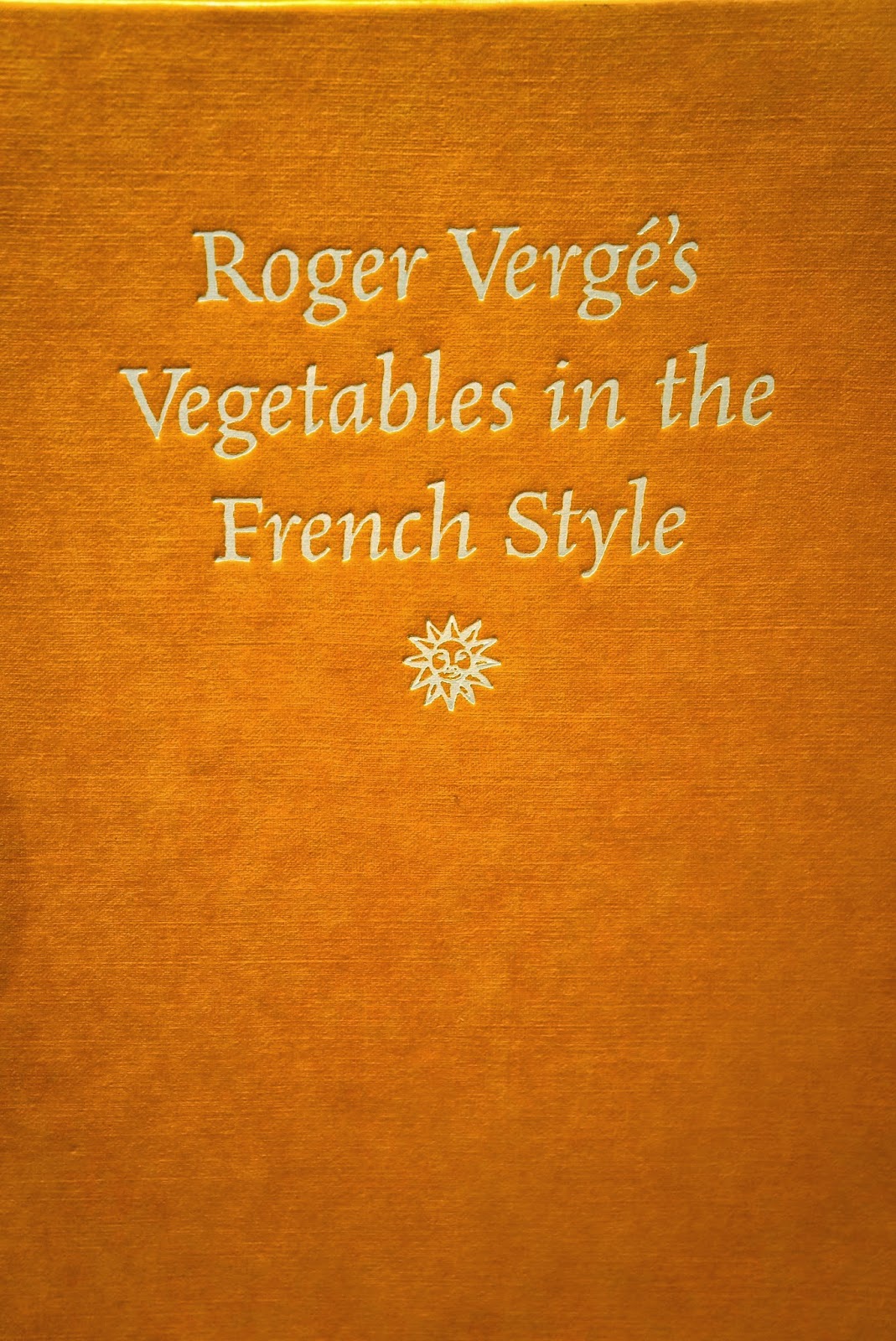 I have a new recipe book called Roger Verge's Vegetables  in the French Style. I saw it on the counter of a friend. I immediately picked it up and flipped through the pages. I was hooked by the layout, the luscious pictures, and the tempting dishes. I quickly ordered one from Amazon and getting it used cost me half the price. The book was first published in 1992 but the recipes are just as desirable today. The first one that caught my eye was the Eggplant Gratin Vieux Peygros. Why is it called this? Verge's says he named it after Vieux Peygros, in Mougins where they used to grow flowers for the perfume industry, especially violets and jasmine blossoms. He gave the name to this eggplant gratin because, "it is so fragrant and so evocative of the aromas of the Mougins countryside." What I liked best was the leftovers. I made a sandwich for lunch the next day on a whole wheat toasted English muffin. Delicious!!! 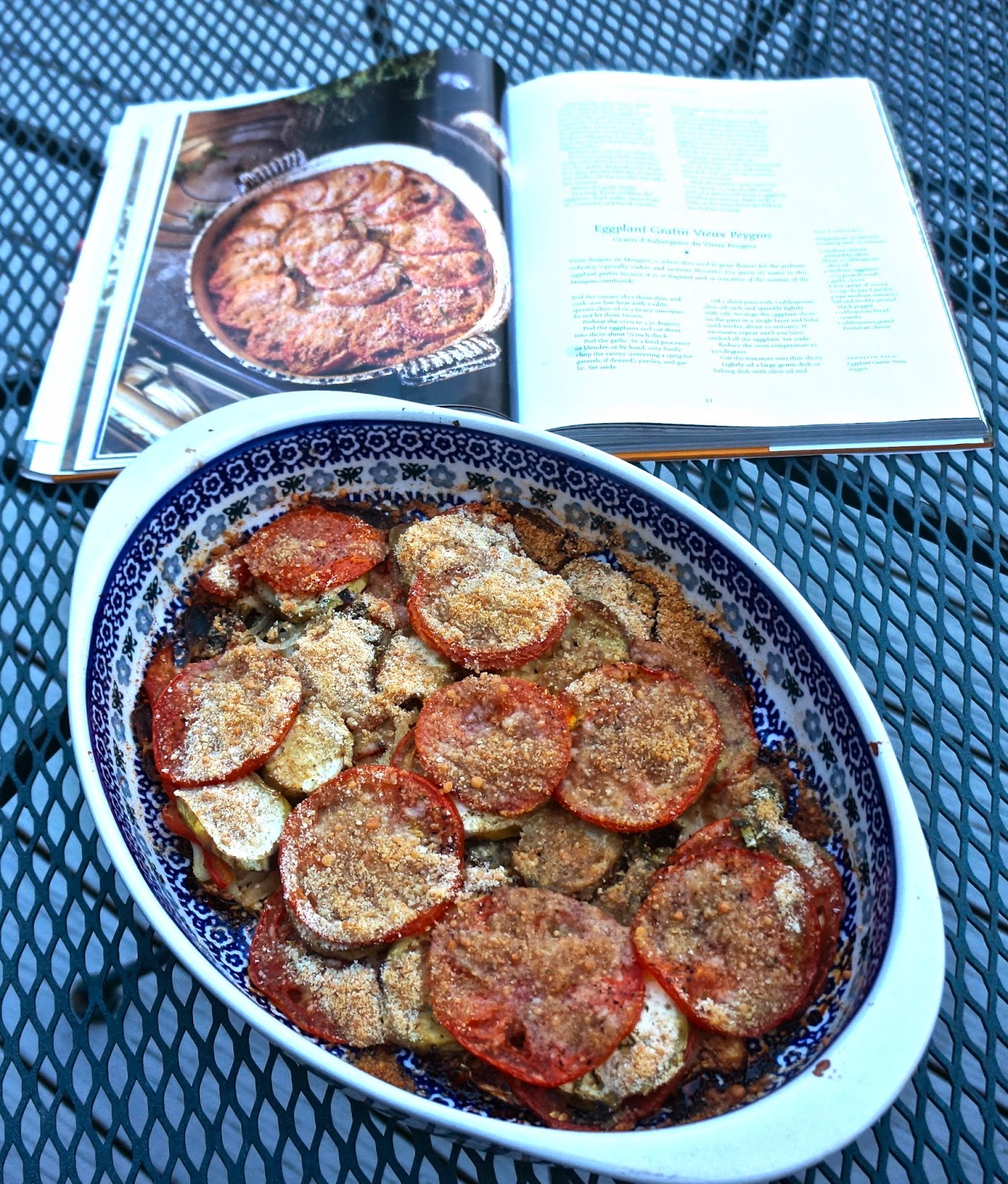 Peel and slice onions very thin and cook in 2 TBLS of olive oil for 2 minutes. I like to call this sweating. Do not let them brown.

Peel the garlic. In a food processor, or blender or by hand just very finely chop the savory, parsley  and garlic and then set aside.

Oil 2 sheet pans with about 2 TBLS of olive oil and sprinkle lightly with salt. Place the eggplant in a single layer on the sheet pans and bake until tender about six to ten minutes. (CHECK THEM OFTEN
because I burned my first round). Repeat until all eggplant is cooked.

Slice the tomatoes very thin. This is where the Rada tomato slicer knife comes in handy.

Lightly oil a baking dish and arrange half the eggplant slices, then all the cooked onions, then half the sliced tomatoes and sprinkle with all of the chopped herb garlic mixture. Then comes the remaining eggplant and then the rest of tomato slices. Season with salt and pepper.

Mix the bread crumbs and Parmesan cheese and sprinkle on top of the tomatoes. Drizzle some olive oil on top.