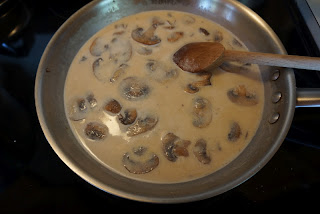 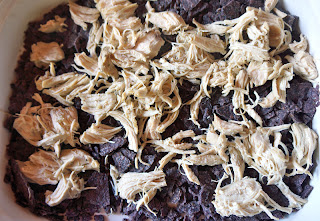 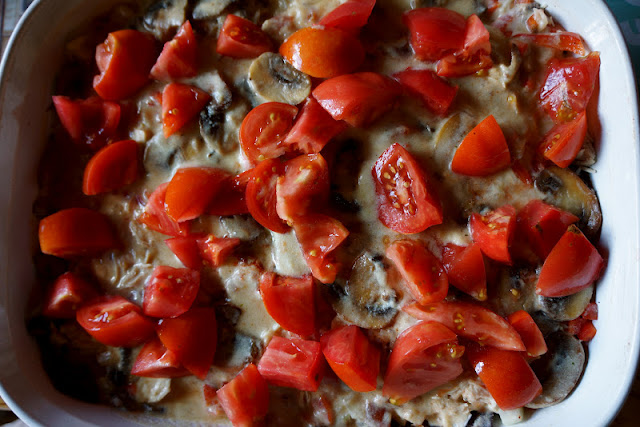 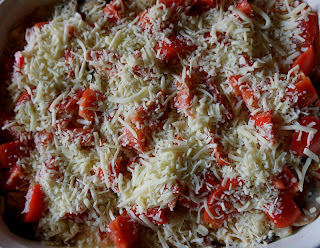 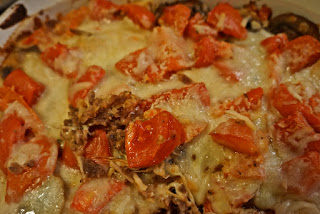 Who would have ever thought that I, the queen of mild tasting cooking, would ever start bringing heat into my dishes. Not sure why I am yearning for hot but perhaps my taste buds are changing or maybe it is my age. Whatever the answer, I am having fun with experimenting in a different type of cooking. Today I wanted a casserole for dinner and I recalled a recipe that someone had shared with me several days ago. It was an Emeril Lagasse recipe. I did locate it on the web but when a recipe has so many ingredients, my heart skips a beat or two. So I improvise.  With this meal I used my tomatoes, peppers, onions and garlic from the garden. I used Blue Corn tortilla chips and added the last cooked kernels that I cut off from the  corn in my field but this is only because I had some already cooked so it is totally optional. Using the veggies that I have harvested gave this a rich taste and yes it was spicy. I did make the Southwest Seasoning that Emeril recommends and it was worth it. Here is my version.

1. Two skinless boneless chicken breasts or you can use black beans or both.
Boil these over med to low heat for an hour at least or until they fall apart when a fork is pierced in them. Add a bay leave, chopped onion, a garlic clove or two, some sage, thyme, and salt and pepper, lime juice, and a vegetable bouillon(optional) to the water. Save one cup of the broth or do what I did and make a separate vegetable broth for this.

2. In 4 TBS butter and 2 TBS of Olive oil add a pound of sliced white button mushrooms. Sprinkle with salt and pepper. Cook these until browned. Then add 1/4 cup of flour and stir until flour is mixed in with mushrooms.  Add 2 cups milk and stir over med heat  until sauce is thickened. Add 1/2 cup of saved broth or veggie broth.

4. Grate 8oz Cheddar cheese and 8oz of Pepper Jack or any other cheese you like.

5. In a 9x13 casserole dish place 12 oz of the chips. Be sure to crumble them with your hands so they cover the bottom of the dish with a thin layer. Pour the other 1/2 cup of saved broth or veggie broth over chips until liquid is soaked up.

6. Layer chicken over chips, then layer onion, peppers, corn (optional), 1/2 the cheese mixture, sprinkle with 1TBS of SOUTHWEST SEASONING MIX ( see below), pour on the mushroom sauce, add the chopped tomatoes, and cover with remainder of cheese.

I cut seasoning recipe in half when I made it.  Even doing that I have a lot of extra seasoning for future dishes.