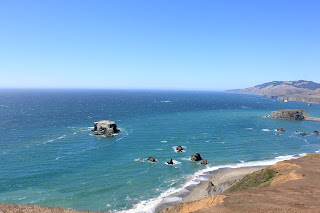 My maternity leave began two weeks ago.   Contrary to a few predictions, I haven't gone crazy wondering when'sthebabygoingtocomewhen'sthebabygoingtocomewhen'sthebabygoingtocome???  Although occasionally, I do like to ask Noah that several times in a row.  I have really been enjoying this time off work.  It's been almost four years since I started my job and while I have taken vacations, the back of my mind has always been filled with the to-dos when I returned.  This feels much different than a vacation, because all my projects have been wrapped up or handed off to other people.  While I know there will be new ones waiting for me in several months, right now there is nothing.  I have appreciated the mental space this break is giving me almost as much as the free time.

If I had this schedule for the indefinite future, I would certainly grow tired of it and want to be doing something more purposeful with my days.  For example, on Thursday I drove to two different stores looking for pumpkin seeds that were roasted and salted in their shells and then told Noah all about it when he got home.  Knowing that could be one of the last times for a while that I drive to any store alone however, and then on a whim, since I was not on any particular schedule, deciding to take a stroll around Potrero Hill, made the whole afternoon feel delightful and free.  And just in case you think I'm being too indolent, I should add that I've been doing a lot of baby prep, housecleaning, food preparation, bill paying, etc.  My nesting urge is in overdrive these days.   My lack of blogging is not an indication of lack of cooking.  I am in fact several blog posts behind.  And it's not like I can even blame my busy schedule.

Last Sunday, Noah and I had a date.  We drove up to the Sonoma Coast, just north of Bodega Bay, and went for a hike along the water.  On the way home, we stopped off at several spots on the side of the road and picked wild blackberries.  It takes some commitment to get the berries as the prickers are sharp.  We ended up with about 14 cups, which I turned into jam the next day.  I used Pomona's Universal Pectin and made up the recipe as I went along.  I tried to follow their "make your own recipe" section but didn't have enough lemon juice or pectin product and didn't want to use as much sugar.  I also added in an apple to up the pectin load.  Despite my fly by night approach, the jam came out really well.  We've been smearing it on zucchini and pumpkin bread, on yoghurt in the morning, or just eating it by the spoonful.  We have several jars stored up, for holiday gifts or just to last us through winter.
Meghan 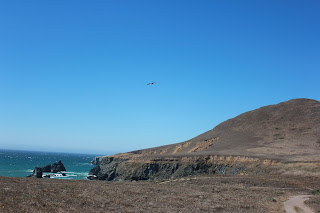 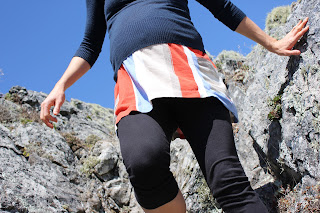 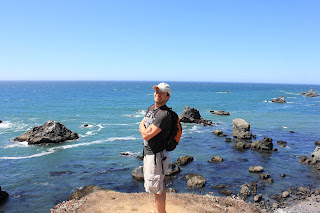 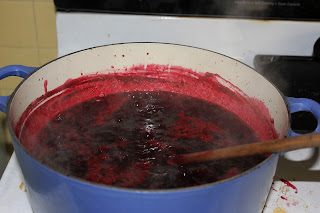 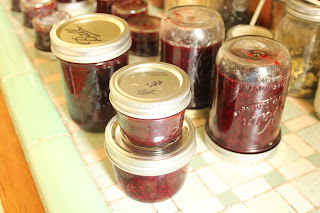